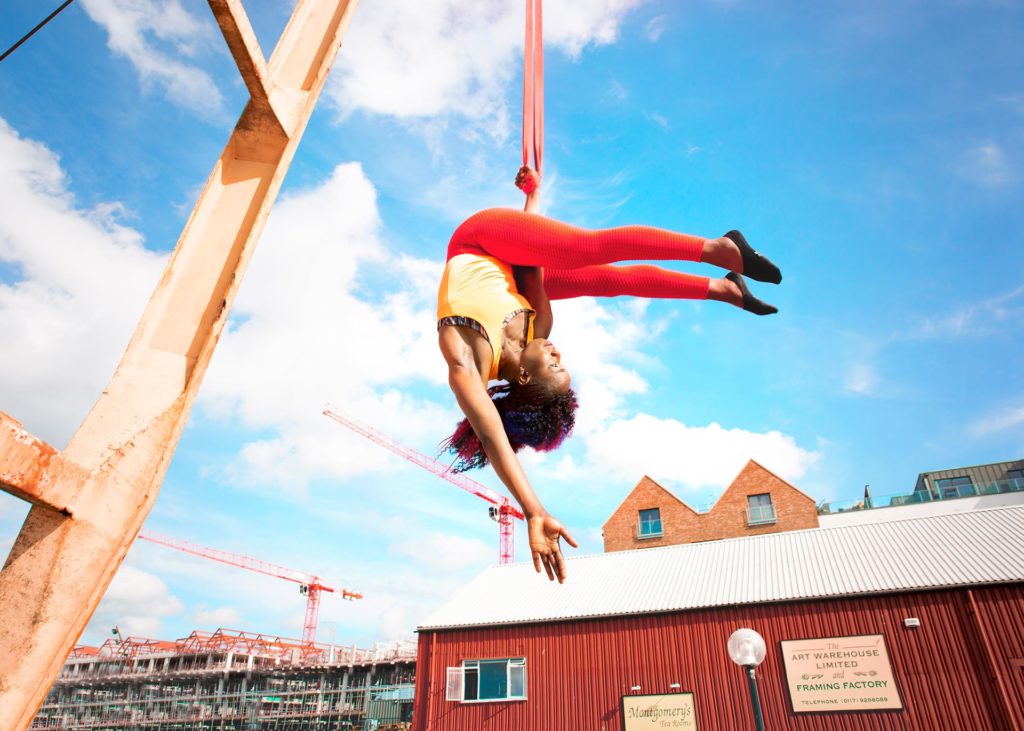 We’re back this Autumn (17th October to 2nd November) with an ambitious programme of shows, interactive events, workshops, talks and much more taking place across Bristol.

Circus City will present 15 shows from all over the globe: from suggestive satire to social comment (with juggling); activism to audacious aerial acrobatics; and organic acoustics to risky – and risqué – ropework. Look out for a Finnish world premiere, brave work from Australia and acoustic and visual surprises from Belgium alongside established and emerging UK companies.

Since our last festival in 2017 we’ve been planning and plotting this programme of circus for the audiences of Bristol. We’ve been seeing shows and talking to companies about their ideas which has resulted in a record number of new performances for the festival. We have two world premieres, three UK premieres and two platforms for new work which are the result of us supporting and encouraging companies to develop work to share with the city.

Circus City is the UK’s only festival dedicated to contemporary circus and we are proudly European. Internationalism is inherent to the circus world: in the travelling circus and in the lives that our artists live. The festival celebrates this cultural co-operation and creative sharing.

Circus City 2019 sees circus blended with spoken word, hip-hop, theatre, film, dance, cinema, aural experimentation and community celebration! Our hope is that there is something for everyone – take a risk and jump right in.

CHECK OUT OUR PROGRAMME!